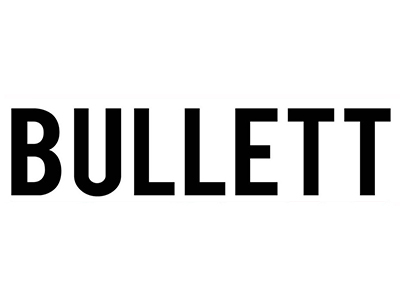 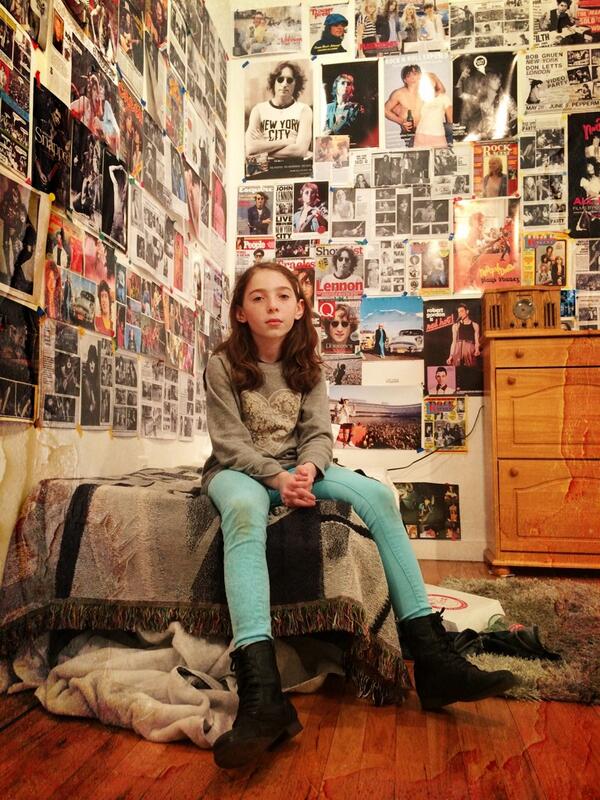 Straying far from any childish schoolyard standards, 11-year-old singer/songwriter Lulu Scout has teamed up with 12-year-old DJ Aiden Jude to create a fiery remix of Scout’s original track, “Hurricane,” all in a laudable effort to raise funds for the Children of the Refugee Crisis. The song’s packed with enough pulsing energy to enliven a warehouse, soaring with synth-heavy sparks and thrashing rave-ready bass—a bold sound that’s rare for such young tastemakers to produce. 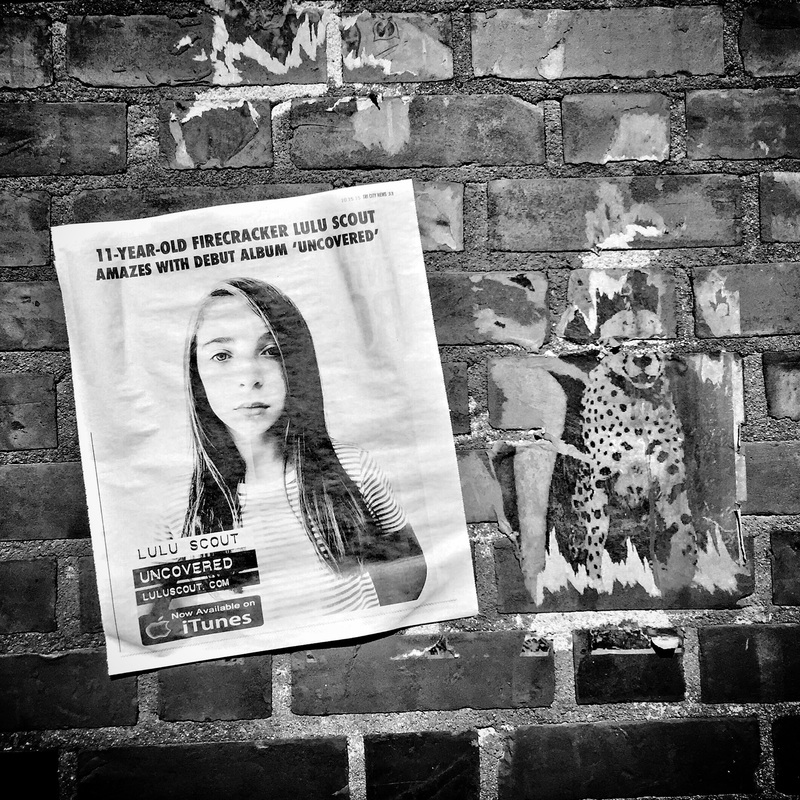 On the album opener, “Hurricane,” we hear a softer, more earnest version of the track Scout remodeled with Jude. “Cause it’s a hurricane, when life knocks you down; what comes around goes around, I won’t let it bring me down,” she coos with an impressive conviction in her tone that beautifully plays off a bright, bouncy keyboard. Scout’s voice is remarkably dynamic; in a single phrase, she can shift from oozing with unwavering confidence to allowing us closer, playing with an alluring vulnerability that’s heard in authentic breaks and warm vibrato.

Aside from paving a promising pop career, the ambitious firecracker has an impressive theater repertoire beneath he belt, as well. Named the 2015 Access Broadway National Champion, Scout’s also been honored with the prestigious National Broadway Star Award for “Best Vocalist.” Her voice has become a stadium staple, having belted “The National Anthem” for stunned, silenced crowds; she’s appeared onstage as Young Fiona in “Shrek! The Musical,” and her dynamic presence has also graced the Apollo Theater and New Jersey’s historic Stone Pony. This girl’s one to watch—a true talent on the rise.

Lulu Scout’s Uncovered is now available for purchase on iTunes. 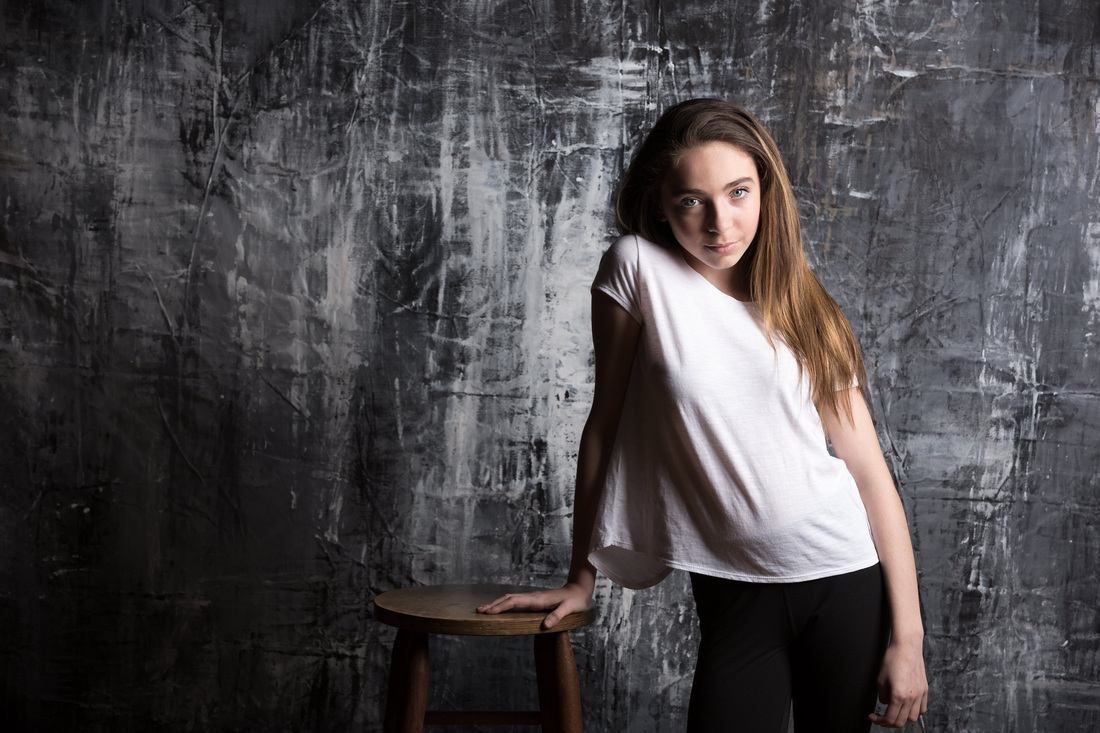 TWELVE-YEAR-OLD LULU SCOUT IS PREPARING TO RECORD HER SECOND ALBUM
Blinking in the starlight, Lulu Scout Nelson said that her dream has come true: she's a recorded artist with one album out and a second in the works.

"My life isn't like a perfect fairy tale," she said. "There were definitely things going on that weren't the best, but my career so far has been such an honor to me. It's like a dream come true."

Hailing from New York City's West Village, Lulu views her situation and surrounding circumstances with a maturity reminiscent of someone wiser than her 12 years and readily offers up praise to those who have helped her on her journey.

When we first moved to New Jersey, Lulu explained that she become involved in the chorus at her school and a vocal academy, where she joined the competitive team. She is also a part of the Lakehouse Music Academy in Asbury Park where she not only sings but plays the piano.

One year, when she turned eight years old, her father took her brother, Sailor, and her to Los Angeles to record "The Climb" by Miley Cyrus in honor of their parent's wedding anniversary.

"I got into the recording studio and I wouldn't stop singing," Lulu said, a willing smiler despite the stoic cover art on her first album "Uncovered."

The rest can be described as history.

"After that we started going to recording studios in New York and I recorded my album," Lulu said. 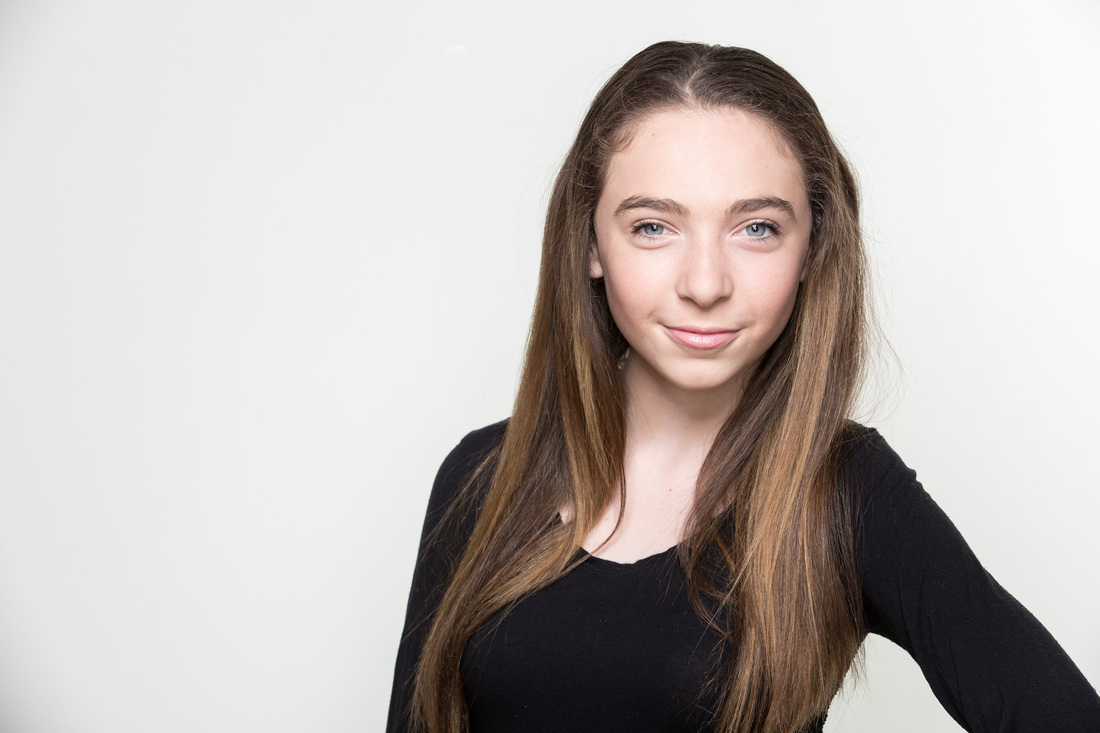 'The best fairy tale that's out there, at least for me, is once you find something that you love and you can do it, it's an amazing feeling" - Lulu Scout

"Uncovered" is a collection of both pop and rock songs that Lulu has worked on during competitions and others that she loved and wanted to put her own touch on. Some tunes include Radiohead's "Creep", Hozier's "Take Me to Church," Billy Joel's "New York State of Mind" and one original track Lulu wrote about Superstorm Sandy called "Hurricane."

"I moved here just before Hurricane Sandy and after it, I remember that I stayed in the house for about two weeks and everything was just horrible," she recalled over hot chocolate in her mother's shop.

"After seeing all of the destruction ... I went to a songwriting camp and it helped me a lot because they gave me a push to start writing."

With influences from her parents, whom she describes as liking "old music," like John Lennon, The Ramones, The Clash, Blondie, and The GoGos, Lulu's personal preference lay in pop music. She lists Katy Perry, P!nk, and Lady Gaga as being unique influences who provide her with inspiration. Non-musically, she cites Maddie Ziegler from Dance Moms as being her favorite.

"If I were to name or give my own perspective of my music, I would probably describe it as edgy," Lulu said. "A lot of it is very different. There's never just one theme and then from that category there's always one song and then another song that inspires me." 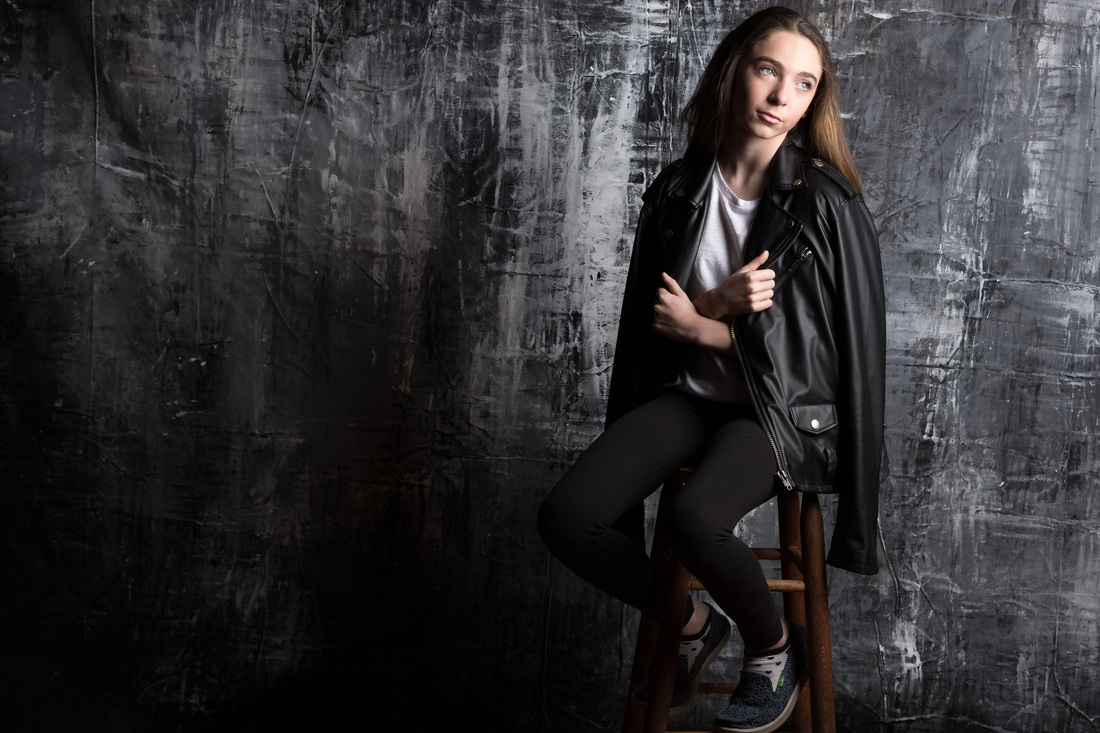 "My life isn't like a perfect fairy tale. There were definitely things going on that weren't the best, but my career so far has been such an honor to me" - Lulu Scout

With a second album in the works, Lulu hopes to record a number of original songs, as opposed to the first record of covers. In gathering material, she explained that she uses everything around her, including the many trips around the world that she has taken.

"Most of my words come from all of the experiences I've seen around the world. Even the small places" adding that she recently returned from a trip to Dubai.

"It just influenced me to get out there more and do things I would not normally do. To be different."

Things she wouldn't normally do include riding a camel, tending a farm and riding roller coasters.

So far she's been to Australia, the UAE, Ireland, California, Florida, and Texas to name a few.

"Everywhere I've been I've had a blast," Lulu said. "They've all influenced me. Even just the the use of simple words. Something I've never heard before in a different language. A different way that say, or do, or see things.."

"Everything just kind of influences me because I can write it down on a piece of paper and bring it out to the world," she added.

While she puts the pieces together, creating a new concept for her next project, Lulu explained that she wants to perform around the local community more, and perhaps start a workshop.

"The best fairy tale that's out there, at least for me, is once you find something that you love and you can do it, it's an amazing feeling." "I've just accomplished my goal and I just want to keep working and getting it out there." 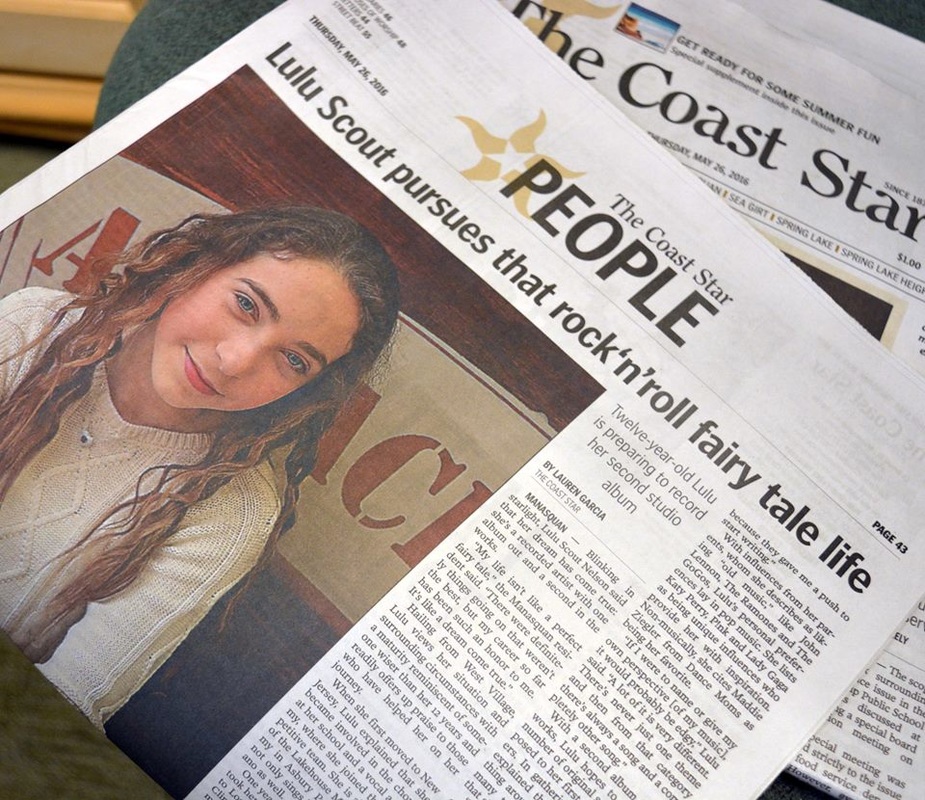 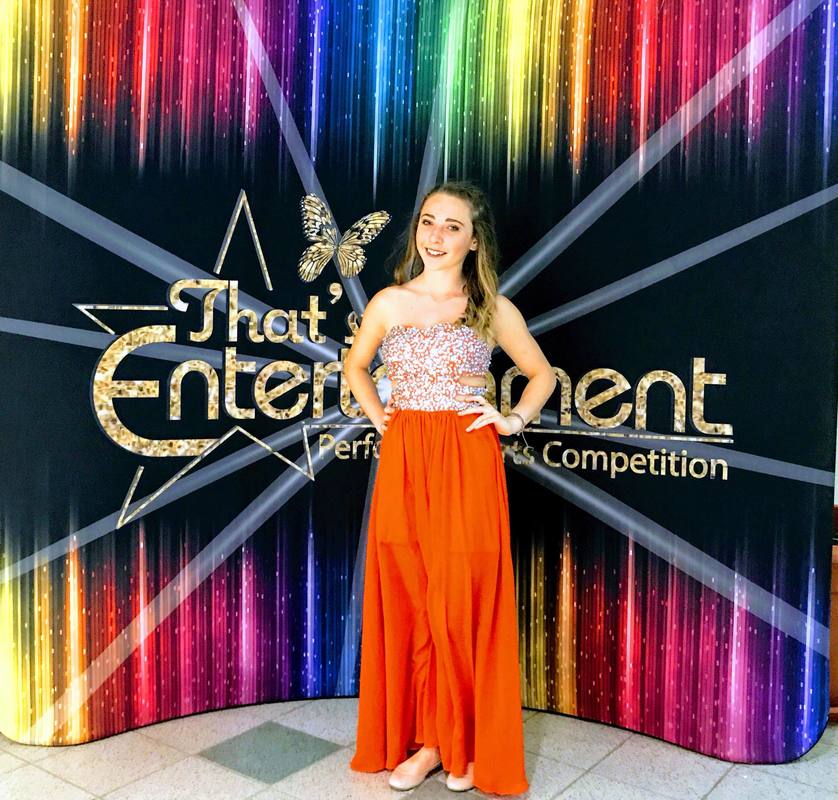